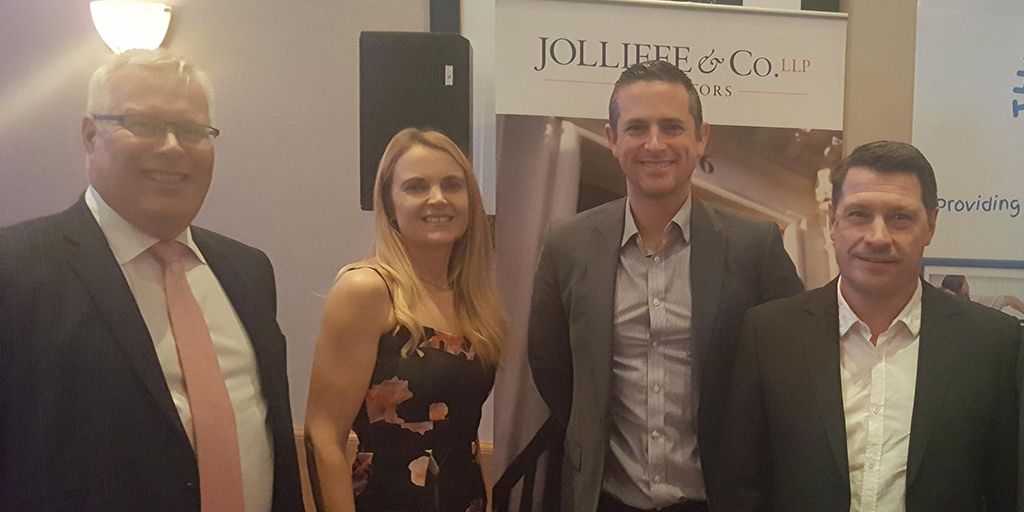 The Countess Charity held its annual sporting lunch this week to raise funds for the Memory Lane Project, which aims to make major enhancements to the elderly care wards at the Countess of Chester hospital.

The sporting lunch took place at the Crowne Plaza Chester made possible by sponsors Jolliffes which has worked with The Countess Charity as their Charity of the Year. The event raised a fantastic £9,500 and saw businesses from across Chester, North Wales and the surrounding areas in attendance. The attendees where entertained by Ex-Everton and premier league player Tony Cottee and premier league comedian Jed Stone.

Tony had plenty of entertaining tales about his experiences with football managers and players. Hanna Clarke, Corporate and Events Fundraising Manager at The Countess Charity was thrilled with the amount of money raised at the event; “The Sporting Lunch an annual fixture in our events calendar now is always so well and attended and I am thrilled with the amount of money raised. I would like to Thank Simon and the team at Jolliffe & Co for their support of this event and their continued support of The Countess Charity.”

Simon Williams, Managing Partner of Jolliffes added; “What a great start to the festive season this event is. We all had a fantastic time and it was a pleasure to be able to support the Countess Charity, nominated by our team at Jolliffes as our Charity of the Year. Congratulations to everyone involved on raising such a splendid amount. Everyone locally will need the Countess at some stage of our lives and we need the best caring and support facilities possible there. I hope that other companies and individuals get behind the Memory Lane Project as so many lives are affected by elderly care needs and dementia.”

The fantastic amount of money was raised through ticket sales, with a table prize of a £500 voucher kindly donated by Sykes Holidays Cottages Chester, a raffle and auction. There were some unbelievable items in the raffle including a Team Building for ten with the Events Station at Carden Park, various sporting memorabilia and of course a cuddly toy!!

The Memory Lane project aims to raise £190,0000 to enhance the environment on wards 50/51 that specialise in care for the elderly. This will include an interactive corridor, multi-functional day room, improved lighting and décor on main ward, privacy pods, and a secure sensory garden. Anyone who would like more information about supporting the project should contact Hanna Clarke on 01244 366397 or hannaclarke@nhs.net